Nugget is getting bigger! He weighed in at 22 pounds during our trip to the vet a few weeks ago. In 2008 he was already 17 pounds and yes, that is pretty heavy for a local cat. I don't really notice how big he is since I see him everyday but after going through a couple of old photos... ZOMG! He's really gotten tubbier! Check this orange photo taken in 2004 and compare it with the 2009 sleeping pic. This 2010 we've decided that good health is our number 1 goal. I am actually joining Nugget on this resolution because like him, I've also gotten tubbier... No pics though. I don't want to scare people. Haha. 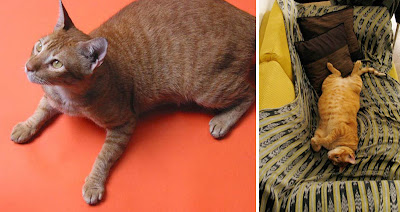 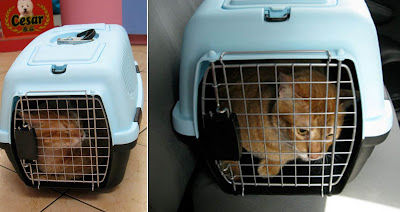 We vow to go to the vet regularly now (my friend Grace will be really pleased with this news). We are really serious about this that we got a bigger cage for Nugget for easier handling. We donated our old cat carrier so whenever we'd go to the vet I would just carry Nugget on my arms (like a baby). I love holding him but it's not really fun carrying a 22 pound cat for hours... and sometimes his claws dig into me when he is scared! haha.

It was so hard getting him inside the cage! But I guess he was really tired after being bathed, groomed and dewormed that he just sat down on our way home. He was still noisy though :D Click Play to hear Nugget meowing :) Obesity Management food! We finally have it! I will have to be more prudent with my spending too because this food is not cheap! 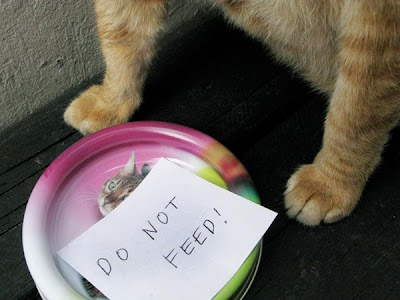 We are also more conscious of feeding times at home... Someone is not happy about this though! 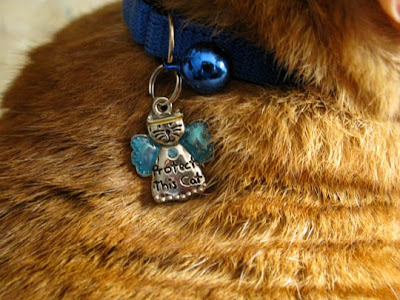 I love my Nugget! I know that 2010 will be an active and healthy year for us both. Happy new year folks!
Posted by Kate at 2:47 PM

Kate
Philippines
a cat freak and a toy collector who loves to travel, create art, eat and take pictures! E-mail me at meowbykate@gmail.com 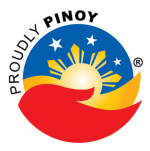 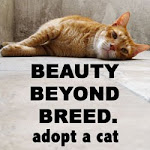